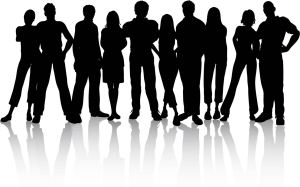 A couple of years ago I was a bit unhappy.  I’d been working in a job for a while and was feeling frustrated with my career and found myself with a colleague pouring out my heart “The problem with you is that you’ve got too much pride”, he told me whilst I sobbed with frustration.  Being young and not being taken as seriously as I would like to be, was like being told I was stupid, I was like a teenager with a bee in my bonnet. “In a way it’s good”, he continued “it means you will push for what you want but don’t let it get to you”. Before then I’d never really considered myself as a proud person, normally happy to be the butt of many a joke or to be the one staying late or doing the jobs no one else wanted to do, I’d realised that I began craving the attentions from my colleagues in terms of respect and authority. I wanted people to look up to me, but why was that so important? I’d always seen pride as a bad thing, detrimental to other good qualities like; humility, kindness and generosity.

But alas I wanted it, although I didn’t manage to get it until much later on. Now I’m reasonably settled in my position in terms of work and my status amongst friends. I say people generally take me seriously and sometimes ask my opinions about stuff and that makes me feel proud. But what if that wasn’t enough? What if my pride wanted more of me? To be a leader of men or a revolutionary? Would I have the moral compass to be able to conduct myself in such a way as to not become prejudice or hungry for power? Although people in high places are motivated by different things; (generally speaking those in business are motivated by money, politicians motivated by power or leadership, revolutionaries are pushed by the desire for tangible change from their own ideological view point), the common attribute of all these personality types is pride, they all attain a certain amount of pride that will push them to break through social barriers and become in some way remarkable. You may argue that those who belong to the group of people with more admirable motivations aren’t consumed with pride but I would argue that it encompasses all things that create such an effect on a society, as without pride the individual wouldn’t have had the courage to carry out these enormous tasks. 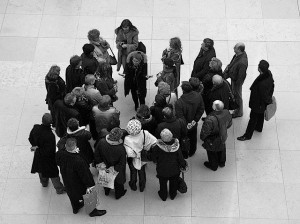 struggle with someone, someone who doesn’t quite rate you as much as you rate yourself. Which is all quite small time, something that the majority of people will go through at some point in their life. But what does it mean on a larger scale? To have so much pride that your ego becomes so inflated and you’re not able to empathise with the common man. This can become a pretty dangerous thing. Through the ages humanity has struggled with pride, it has sent empires to war, broken kingdoms and created destruction beyond belief. It’s safe to say that Hitler was a proud man, an inflated ego that pushed the whole of the continent into turmoil and created a hideous regime that intended to restore pride back to a broken Germany but ended in the mass murder of 6 million people. An important part of pride to note is the social aspect of it, as without society it doesn’t hold as much power. The deep satisfaction of one’s own achievements is being widely admired or popularised. Certainly admiration has to be craved in order to attain a certain level of pride. To be a leader, however good or bad there must be certain side of the individuals psyche that needs pride in order to progress. And in turn comes the needs for power, which can manifest itself in many different ways.

However this is not to say that pride cannot be an anecdote to the oppressed or underrepresented in the social sphere. If you’re down trodden and disillusioned pride is probably the last thing on your mind. It takes work to maintain your pride and confidence to exhort yourself in this way, social movements are led by this emotion. To feel proud of certain attributes you hold is to think kindly on yourself and can be inspirational to those around you. Civil rights movements are under pinned by this emotion, gay pride, black pride come to mind as world changing campaigns. The world as we know it can only progress with the assistance of pride, as otherwise we wouldn’t feel as if there was anything worth fighting for. It is needed to prevent us from staying stagnant not only in our values but the way in which we treat each other.

I think we’re all in some way constantly fighting our own little pride battles and some of the time this can be a good thing. It can give us confidence and to get ahead, it’s something we need to help us survive but too much can mean an extremely unhappy life. If pushed to the absolute extreme its detrimental to people around us and on a larger scale society.  Pride is like food, we need it to live but not too much. With great pride comes great responsibility.

One thought on “With great pride, comes great responsibility”

Is there any way to write something here that isn't going to sound ridiculous?