In the UK over 90% of people are born in the NHS and will go to be treated in its hospitals, whenever they need to, for the rest of their lives. Since its launch in 1948, the NHS has grown to become the world’s largest publicly funded health service and one of the world’s largest organisations (only behind the Chinese Liberation Army, Walmart and the Indian railway employee more people). In the 2012 Olympic opening ceremony Danny Boyle paid tribute to our army of nurses and medical staff in a parade that was undoubtedly a message to our government over plans to reform. But here we are a year and a half later on and the privatisation continues, the newspapers are reporting it, activists are campaigning about it but almost no one on the ground is talking about it. I’ve tried to strike up conversations about it and whilst I think everybody is very proud of our institution and wants to protect it, they just don’t think it will actually happen.

A friend of mine had a flat mate who was travelling in the UK from Australia.  He had an allergy to pineapples and mistakenly ate some one evening. His friends arrived home to find him curled up in agony, it transpired that he’d not realised that he could go to a hospital in this country without paying. With little money he thought his only option was to wait his reaction out to see what happened. When I heard this story it really hit home how lucky we are in this country. How proud I am to be living in a country where no one’s goes without medical attention. We protect each other from illness, rich or poor the NHS is there for you.

However the NHS is under constant threat of cuts and further privatisation. As a national service we quite rightly scrutinise 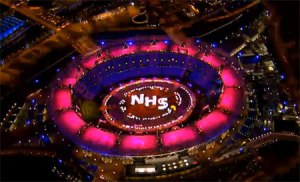 every part of it, we need to keep it on its toes to provide a good service to our most vulnerable people. Because for most of us there isn’t another option, the costs of private healthcare are out of reach for the average family. Critics from the left have argued that the government has pushed austerity to a point where the general public will stop believing in the service, in a bid to gain support for their privatisation plans.

Someone close to me recently spent some time in an Essex NHS hospital. He had had an accident and was taken to the A&E department pending some tests. In the end he stayed in A&E triage for nearly 5 days without having the tests he was told he needed. His blood pressure was taken and he was monitored by the friendly nurses to insure his life wasn’t in any danger. However on his last day there he decided to discharge himself. After 5 days with no doctor giving him the tests he needed and eating food with the lowest nutritional standard he decided it would be better to go home. He was in a situation where he had become stable enough to continue his recovery at home without the stress of continuing to stay in an A&E department without the right care. There has been huge amount of cuts to hospitals staff and facilities are being stretched to the maximum, with this in mind the priority surely has to be lifesaving treatments. The drugs needed to save lives are now paramount. The NHS, an organisation that deals with over 1 million patients every 36 hours, is firefighting.

A lot of people have a stories like this, some people have stories a lot worse than this. The NHS is nowhere near to being perfect. When the people you love become sick the thought that they aren’t receiving the highest quality of care is unbearable. When we are at our most vulnerable we deserve to be looked after. But we must not forget that the nurses and doctors are being forced to work with severe staff shortages and the funding just isn’t there to improve services. Comedian Rufus Hound is planning to run for the European Parliament to campaign against the privatisation of the NHS, saying he wants to preserve “one of the single greatest achievements of any civilisation”. Representing the single-issue National Health Action (NHA) party in the May poll, he is using is platform and popularity to push forward this issue into the public domain. Hound has previously campaigned from the liberal democrats and his political sensibilities run deeper than just his public persona. His decision to run has come after he decided himself and his wife didn’t want to be ‘those people’ who just whinge on and on at home, he wanted to take action. Until the 40’s only wealthy people could afford medical care, something our whole country stood up and said we didn’t agree with. The tides have turned once more, as Hound puts it “Big, rich, private healthcare companies have donated millions to the Conservative party and now they’re calling in the debt”. Capitalism is rearing its ugly head.

What I’m trying to say really is this the NHS employs more than 1.7m people, they are our mums, dads, brothers and sisters. Humanity is at the heart of it, they are people like us trying to look after families at times when we are most in need. They do not care about profit, no one should make money from healthcare. To them we are all equal, however rich or poor, however old or young. This is important, this needs to be protected and sometimes it needs a hand. We need to put pressure on our government to give it a hand but only if that hand pushes it in the right direction. Away from privatisation. 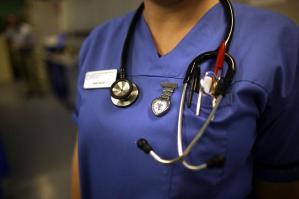