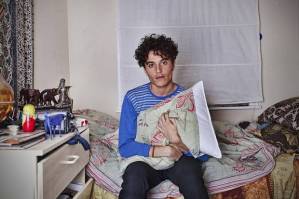 Saint Martin’s Art student Clayton Pettet hit headlines when he announced in October that he would loose his virginity live on stage, in a piece of performance art entitled “Art School Stole My Virginity” 150 ticketed audience members would come along to the London venue to view the piece, all chosen by Clayton himself. This was being set up in a controlled environment with Clayton seemingly steadfastly determine that he would do things his way. 10,000 people applied for tickets, US celebrity gossip monger Perez Hilton describes as art student will “create art through the penetration of his butt hole”. Sensationalism? Check. International news stories? Check. Angry religious groups? Check. This tale seemed to have everything.

Clayton spoke to the national press, television companies and even discussed rights to his performance, all the time claiming that he would have full penetrative sex on stage. Immediately, along with the international media, I was intrigued. In our society and throughout human history virginity has been put on a pedestal. We’re taught from a very young age, from the moment we find out what sex is, that losing your virginity is something very important. Virgins are seen as something pure and special. But this guy he didn’t seem to care, he wanted to question if there really was such a thing as virginity. We waited with baited breath to see what would happen, never for an instant thinking that after all of this hype that he wouldn’t go through with it.

The 2nd April 2014 was the night of the performance, you can read a full account of what happened here. It didn’t happen, he 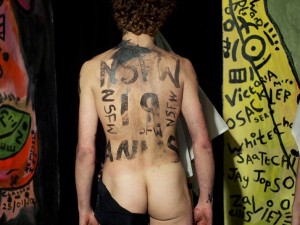 didn’t have penetrative sex, Clayton Pettet still has his virginity.  The performance wasn’t what everyone was expecting. The press have given it mixed reviews, some have hailed Clayton a genius and others have written about how let down they are. I have to admit when I found out I was slightly disappointed, a little bit like we had all been tricked. Well I guess we had.  Speaking after the show Clayton said, “I told one journalist I was going to lose my virginity, and he assumed it would be me being penetrated. That was interesting; I wanted to play with that.” Play with that he did and now the focus must surely turn back on us. The masses that obsessed over the idea that he didn’t care about his virginity or that he didn’t mind using it for his art. We contemplated his morals, society’s morals and returned to that ever present question – what is art? A question echoed each time a piece of art involves the explicit.

In 2004 18 year old university student Rosie Reid decided to sell her heterosexual virginity to pay off her student debt. The lesbian teenager made the national press, sending moral compasses spinning. 2,000 people bid to sleep with her and she eventually sold it to a 44 year old engineer and divorced father of two. For £8,400 her virginity was gone and in the most public way. I was the same age as Rosie when she did this, I remember reading about it and feeling pretty strange about it all. To me it seemed like prostitution, as this was an act purely done for money. It felt, to me watching from afar, like a sad representation of the combine force of capitalism and misogamy. But looking back I can see it as more than that, as a protest against the rise of tuition fees and a comment on the worth of female sexuality. It got us all thinking about what it meant to be a women and to be broke. In many cultures around the world desiring sex with a virgin may seem like a normal thing but to us in modern day Britain it seemed seedy. But this was her decision and her personal protest. 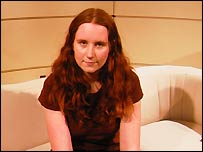 When I heard about Clayton’s plan to lose his virginity I immediately thought back to Rosie. His performance has hit the headlines for exactly the same reasons as Rosie’s even though there was a different motive behind it. But none the less we have taken the stories of these two teenagers and splashed them on the front of our newspapers and used them as topics of debate. Sex sells, but what we need to ask ourselves is why? The sex that sells isn’t really sex though is it? No one cares what the average person is up to in privacy of their own homes, our televisions are filled with unrealistic projections of it. It’s like we needed to build Rosie and Clayton’s experiences into these ideals for us to digest it. I think if he really did see him loose his virginity on stage or if we watched a video of Rosie’s experience it would never live up to the hype that the media had created. We are all talking about it, we all want to know whether Clayton ever even planned on going ahead with it or if it was just a clever ploy to get us all riled up.

So there we have it, virginity. What does it really mean? It seems to Clayton that it actually doesn’t actually mean anything, having a final say on the topic, ‘I will never have sex. My art is my sexuality.’ This is his, and your opinions are up to you.

2 thoughts on “The Boy Who Cried Sex: How Clayton Pettet Gave the International Media a two Finger Salute”