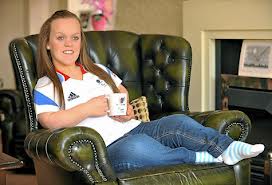 This summer those London commuters who’d actually stuck around during the Olympics experienced a little bit of a break from over-crowded tubes and the miserable 9-5 faces we all know so well.

The Olympics were in town!

As a resident of East London I can honestly say it has been one of my favourite summers.  I’ve met so many new people and it seems that Olympic goers have been more willing to strike up a conversation than your average Londoner.  Although they do have the benefit of that helpful opening gambit “is this train going to Stratford?”

I was in Hyde Park with the crowds watching the big screen when Mo Farah won his second gold medal and although the overpriced food did not taste good and I’d splashed nearly a fiver on a pint of Strongbow, something incredible was about to happen.  Thousands of people in the park that day erupted as Mo took off round that final lap.  As he came in for gold I found myself in an embrace with a bald headed middle aged man called Phil who had lost all of his friends.  God bless you Phil and that moment we shared.  We were all doing the Mobot as we headed home that night.  People were singing on the tube and it was just brilliant. It’s nice to remember that we’ve all got it in us to be these jubilant happy people, something I think we all need to keep in mind now we’ve reached the end of the games.

We suffered a dull couple of week’s mid-summer … but then came the Paralympics.  Exceeding expectations for viewers and athletes alike, I was welling up on the trains again whilst clutching my metro.  Reading tales of hope and how against the odds normal people can become national heroes – the Paralympics was a whole different ball game.  Medals galore, I think people wished they had booked some time off work just to be able to watch more of it. Any day of the week we’d tune into something extraordinary.

So why are we getting so excited about these games in particular?  I know it’s on our doorsteps and pretty much impossible to get away from but I think it’s been more than that.  As a woman I’m often on the look-out for new role models; women who are both interesting and who I respect.  Now these women are all around us in real life, they sit next to you at work or set the world to rights over a dinner table. But where are they in the media? Some days I struggle to find them, especially finding woman around my own age.  For the past ten or so years the craze of pointless celebrity really has reared its ugly head.  When I say ugly I actually mean stereotypically, glossy beautiful heads.  You see, whilst we’ve always been obsessed with celebrity, recently we’ve reached an all-time high in public interest.  Someone forgetting to put on their wedding ring or walking next to a man who isn’t their boyfriend is now front page news.  Our so called role models cake themselves in make-up, wear hair extensions, use botox, plastic surgery and dress like teenagers well into their middle age.  As a woman in her late twenties I find this boring and uninspiring.  I remember looking at Cheryl Cole and the like and thinking; gosh she’s about my age and look what she’s achieved.  Now I just feel a little bit embarrassed for them, playing to a very young audience and tirelessly trying to sell their sexuality which now seems tired.  Is anyone else feeling awkward watching woman in music videos these days?

Now we have a new A-list of Olympians.  Now there is a bunch I want to respect and adore.  Last week I picked up a magazine and saw the lovely Jessica Ennis smiling back at me and it made me feel all warm inside.  This is a woman whose strength and determination has won her the respect of the nation.  You won’t find her with her boobs out in a lad’s mag or falling out of a club with someone else’s boyfriend.  She is a woman who didn’t set out to be famous, just someone with a love for her sport and insane ability to beat the world’s best. There is no denying her beauty, but this natural.  If you ask me everyone looks their best being natural.  Seeing Victoria Pendleton on a shampoo advert made me smile, because she is worth it!  Male sports stars have been advertising men’s toiletries for years and their female counterparts are always models or actresses.  Normally I’d scoff at a scent brought out by the latest IT girl, but if Ellie Simmons were to bring out a perfume I’d buy it just because I think she’s brilliant and beautiful.  I hope it smells like chlorine so I can pretend I’ve just come from the pool!

Finally people I want to be like!  I feel like a teenager again only this time I don’t have to dress like a tart to achieve it, I just have to follow my dreams.  Wonderful!  I wonder how they’ll feel when I turn up at the velodrome in my team GB vest hoping that 4 years is enough to train for Brazil!

It’s a couple of weeks on since the end of the Paralympics and the winner’s parade.  The games are gone but not forgotten.  People are calling it “Olympic blues”. I do get it, I definitely miss seeing Clare Balding every day but at the same time I feel energised. Now when I run along the canal path on the way to Stratford I have the energy to run all the way home, instead of doing a little walk when I think no one is watching, knowing that my hero’s wouldn’t have given up that easily! 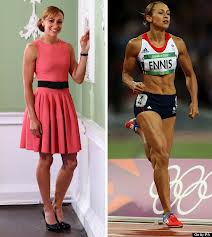