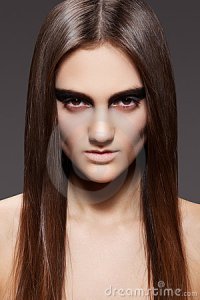 I was on the tube this morning on the way to work and the woman next to me had so much perfume on I could taste it, it was like she actually sprayed the stuff in my mouth. Suddenly I got a jab in my side from a little elbow next to me, it was her trying to undo her make up bag! She then proceeded for the rest of the journey to cake herself in make up like it was going out of fashion, at one stage even pinching her lips and cheeks to make them redder, ouch. At quarter to eight in the morning this was just too much for me, I couldn’t understand it. She is obviously on the way to work, judging by the high flying ‘power suit’ and matching ‘power heels’, does she feel dressing like this will make her more successful? She obviously feels comfortable without all this make up on otherwise she would have done it all at home, instead of brushing her hair onto strangers laps in the midst of rush hour. The strangest thing was she wasn’t the only one doing this on the train, one woman was even plucking her eyebrows, I mean really, hair removal should be banned on public transport, it’s just weird. It angered me that these women, all beautiful in different ways, were changing their appearance to look the same. Eyeliner, check. Mascara, check. Lip-gloss pout. check. Fake tan, check. I could go on, you get what I mean.

Then it struck me, is this what beauty is? It just seems so uniform and strict. I think maybe you only start to realise how generic something is when you’re not part of it. I was sitting there feeling very tired wearing clothes that don’t match with no make up and dirty trainers, completely out of the loop. If you look at the front cover of almost any gossip magazine the person on the front could at a glance be one of many people. Is it just me or do celebrities all look the same? I’m not saying they aren’t attractive, because of course they are, but it’s like they’ve been given a list of things they have to do in order for them to be recognised as one of the ‘beautiful people’. It’s reminds me of when you first start school and you get a uniform list through the post, to be part of the school you must wear and do this. It worries me people take these values on board and feel that they have to look this way otherwise they aren’t attractive.

Today’s social climate places so much importance on looks and celebrity, this in turn translates to the general public. I wonder how long this obsession will go on for? Reality television is part of this and a genre I have a lot of trouble with. How can something be called reality when it is further detached from reality than almost everything else on our screens? It’s obsession with taking an average person and making them an overnight celebrity is exactly in tune with our binge culture. Big brother stars are like take away food, quick and easy. You can order what you want, when you want it and throw away the wrappers afterwards. These poor women become famous loose weight, do a work out video (so you can be like them), get their boobs out for nuts, get a make over in heat and then what? Just disappear, but haven’t they followed the uniform for attractive woman and ticked every box? Does this mean they are not beautiful enough to hold our attention? This is why I think there is more to beauty than that.

Living in London and working in a production company I sometimes feel completely out numbered by uniform beauty. I can be surrounded by models and actresses on the Soho streets, who have conformed to the stereotype of what an attractive woman is, even for the most self confident of women this can intimidating. My philosophy is that if something scares you then it’s probably time to step out of your comfort zone, try something new see if it makes you happy. This way you can make an informed descision about how you would like to be. Therefore I haven’t worn make up for nearly five months. I’m not saying that I was ever the sort of girl who caked herself in the stuff but I could feel myself getting attached to it in an unhealthy way, I would feel that I wasn’t attractive without it. I guess I’m sick of hiding behind a mask, now I would rather people look at the real me than see a person trying to look like the current beauty stereotype. My quest to be ultra slim has come to a halt also, after behaving really stupidly with food I’ve come to the conclusion that I don’t want to be part of eating disorder Britain. Being healthy and happy shows physically and for me right now, this is the right way to be.

My idea of beautiful is the people I love, there is nothing more beautiful, not the materiality of perfect skin and floorless bodies. My family and friends would shine brighter than any model or celebrity on a billboard. But I suppose that is true for everyone when it comes down to it, the smiling faces of OK magazine only tell half a story. Our nations love affair with celebrity and reality culture has shown us that looks and money really aren’t everything. However much we might indulge in this twisted lustful relationship, reading gossip magazines and watching big brother, it’s ok because we all know it’s just a fling.

The “uniform” for women in our material culture will come in and out of fashion. Its existence is only temporary, as it will always change from trend to trend. I do however find its changeability encouraging. As our society develops, so do our ideas about gender roles and equality. Now it is not just women who wear make-up and spend time over their looks. The boundaries have become slightly blurred and it is men as well who spend hours on the way they look. Although men and women are feeling pressure to look a certain way at least men may now be able to understand the difficulties women go through. If we are all in it together then maybe there’ll be more understanding between the sexes? This article isn’t about putting people off wearing make-up or fake tan, it is about not being pressured into feeling you have to do these things. Each person brings a different sort of beauty both physically and intellectually, there is already a celebrity army of “fembot” clones, all striving to be the thinnest, most fashionable thinking this is what beauty is. So go on, I dare you, reinvent beauty starting from the inside. Girls Aloud already has five members. Do they really need any more? 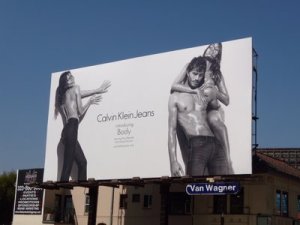 One thought on “Is beauty beautiful?”