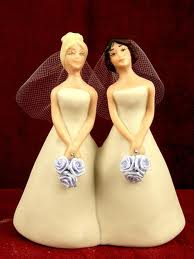 After this weeks’ legalisation of same sex marriage I’ve been thinking about how important representation is. On a road to equality, of any kind, there are many contributing factors to the change but I believe representation to be one of the most important, after all without representation how can society get a grasp of any given subject matter? When looking at homosexuality, representation in the public domain has always been a hot topic.  Education in particular is, however much the adult public may accept something when children are involved there always seems to be another step to be taken. Education plays a key part in the development of society and our children need to be brought up learning about all different types of relationships, otherwise who can blame them for thinking something might be different or even wrong? Representation therefore needs to be positive and fair, much like it needs to be within television and film as they are as much of an important part of a child’s development as school is. Interestingly enough the first gay kiss on television was during Eastenders in 1987 and this was between two men, it then took another six years before a lesbian kissed was aired on Brookside. These firsts are such important steps in representation and set the ball rolling to get us to where we are today. When the whole debate begun I was extremely shocked to realise that civil partnerships didn’t have the same rights as marriage, I’d assumed that it was simply a non-religious type of marriage, it’s a relief that this has finally been put right. Now homosexual relationships can be represented in the eyes of the law as equal to those of a heterosexual couple, this will go a long way in educating children about the choices they have when entering into their own relationships.

Representation of a persecuted or minority group needs to be handled delicately. In my opinion it’s a case of quality over quantity. If the desired outcome of a representation push is to promote an

issue such as homosexuality, feminism or race equality, then it needs to made sure it’s fair and covers a cross section of the characters/personalities involved. Recently there has been some public upsets with well-known figures on social networking sights, where they have responded negatively to representation queries, leaving followers shocked and upset. Without a doubt celebrities and famous personalities are in an extremely influential position and can be key to successful moves towards change and equality, however this can also be to its detriment as well. A couple of examples of this are from Channel 4’s Dr Christen who when asked if he ever worried that his TV shows ever triggered eating disorders he simply replied “No” and Catlin Moran, hailed feminist fighter, was asked if she was concerned about the woman of colour being represented on television she replied “I literally couldn’t give a shit about it”. Now these responses have come from Twitter and whilst they are direct quotes from the people mentioned, things can sometimes become very heated on there. However provoked someone is or whether or not that individual feels a particular responsibility for the subject matter, they are individuals that the public look to for guidance or certain topics. When a well-liked person negatively talks about an important issue this can be an extremely harmful representation as there will be no doubt people out there who will follow their ideology on one spur of the moment remark.

When learning about liberation movements within oppressed groups history usually tells stories of radicals stepping out and causing controversy within the field concerned.  An example of this is Mary Daly who was the
world’s first feminist philosopher & theologian. She produced shock waves within religious circles by challenging the idea that God is a man, stepping out in the late 70’s. She held an equally radical ideology that woman should govern men, her reasoning for this was after years of female oppression woman would be merely taking back what is theirs, this was and still is seen as a step too far by many other feminists, this no doubt  contributed to feminist stereotyping. Her academic career ended in the late 90’s when refusing to let male students into her lectures, she was a tool in the feminist fight and certainly began many conversations surrounding the issues of feminism.  Representation that can initially be seen as negative can sometimes have a way of turning around to become the beginning of a movement.

Representation is everywhere; it’s in the work place, in our schools and town halls. It is something that doesn’t stop when a law has been passed or a fight has been won, it is fluid and something that we all need to be aware of. We must to continue to ensure that the things we believe in are represented fairly and in the right way, that’s a responsibility society shares together.

One thought on “Equality: The Importance of Representation”