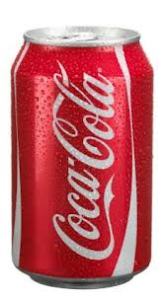 Two of my favourite things are cans of coca cola and terrestrial TV. Now these might not seem like exciting things to you but the reason I like them is because anyone can get them. Whether you’re the Queen or a dustbin man you get exactly the same thing, albeit in somewhat different surroundings unless you have chosen to break into Buckingham Palace, but you still receive the same product. This might seem daft but the thought of drinking the same soft drink as the Beckham’s makes me feel good. We’re all the same after all aren’t we? We all settle down on a Saturday night to watch The Generation Game on BBC 1 right?! OK times are a’changing, Brucey is no longer prime-time King and the normal blokes of Britpop are no longer top of our charts. The aspirational go getters are now used to a life of VIP lounges, exclusive offers and bespoke…. well everything!

This is great if you’re a social climber, you can enjoy things that your parents couldn’t, you can breakthrough your class boundaries because after all we’re all middle class now aren’t we? But I’ve got an itch.  The itch of unfairness and to be honest I’m feeling a little hard done by in this dog eat dog, consumerist, hierarchical world we’re living in.

Recently my issues with hierarchies came to a head. I don’t know whether I’d been on one lunch run too many or if I was just feeling too old to be living like a student but I’d had enough. I was fuming as I walked home from work that night, angry at almost anyone who looked my way feeling as though everyone and anyone I past on my way was more successful than me and pulling in the big bucks.Now this is crazy because I make decent money. The only reason I’m struggling financially is because I live in London and rent is expensive. I can no way say I have a hard life, I have a good life. I think what bothers me is the sheer level of conformity we are expected to accept as a community. But there is a rebellion within me that finds it difficult to just ‘get along’ and I’m beginning to worry I’m becoming a bit of a dick.

Don’t let the bastards grind you down, a mantra I’ve written in many emails to work colleagues over the years or said 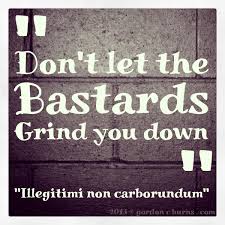 to them in hushed tones whilst they’ve opened up to me tearfully in the work toilets. I mean who the hell do I think I am?! But I honestly believe it. I have a real problem with a ‘system’ controlling the way we behave or the person we become. Why do we have to conform just because we work somewhere or live somewhere? Normally in a work place I give it 3 weeks before my true side comes out. I’ve tried, believe me I have, to conform to being a polite opinionated worker bee but something will happen and I’ll blurt out like “I don’t believe in capitalism anyway” or “Did you know I haven’t shaved my armpits for 6 months?” or “Why do we need a royal family?”

But these things are pretty tame and all they do is slightly go against popular opinion but when I was younger I was much more of a rebel and I’m a little bit worried I’m losing my edge. At school, being suspended, arriving drunk and wearing my pants over my trousers were all things I thought were funny. Don’t get me wrong these are still pretty small stakes but I was able to express myself with little consequence. I’m not a criminal, I don’t want to hurt anyone but I’ve always got a burning desire within me to speak out or act out.

So now as a late twenty something, what can be done to calm my rebellious beating heart? As an adult most of us accept there are certain conformities we must adhere to, to help us get along. After all, as we get older, unless you’re lucky enough not to have to depend on work for money to pay the bills it seems crass to act out. But maybe, just maybe it’s sometimes fun to be a bit of a rebel. Sorry Mum!

5 Small acts of rebellion that quite probably make me a bit of a dick:

2)      If it’s night time and you’re rich and I’m desperate, I will wee all over your front garden.

A) Dying my hair an outlandish colour,

B) Wearing a kooky hat, or

C) By growing my armpit hair(You don’t own me society!)

5)      Someone drives past me in an expensive sports car. I will run after them screaming “I WANT YOUR BABIES, PICK ME!”

What small acts of rebellion do you do? 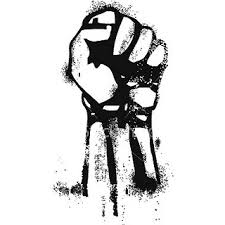