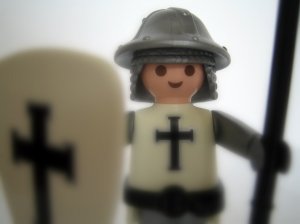 This past week I’ve been spending some time with people suffering from a life threatening illness. A mixed bunch, some in remission looking forward to long futures and others told that this disease will eventually kill them. Besides this they had little else in common, except one thing that shone through each person. Bravery. In everyday life we don’t encounter bravery very often. We mill about, going to work, living out daily routines without much thought about what it means to be brave. In this country we are lucky enough to live relatively safe lives, the opportunity to be brave for the average person only arrives in exceptional circumstances. These people I met really took me back, their resilience and acceptance of their situation was amazing. It got be thinking about this quality; bravery or to be brave, what it meant and why does it seem so rare?

Looking at the bare facts its definition is: possessing or exhibiting courage or courageous endurance. To act in a brave way is to stand out from the crowd and do something that defies the reaction of the average person. When looking at it from this “bare bones” perspective it seems like it is something to do with a person’s spirit or something that is in their blood, so to speak. That some people are born with the ability to be better in some way than other people.

Bravery of this sort is most commonly in seen in entertainment, in the movies or books our hero’s have to be brave, its part of the deal. If we don’t consider them to be brave then they aren’t really fulfilling their role, how can they save the day if they are unable to stand up against the bad guy? A real obvious example of this is in the Harry Potter books where the students of Hogwarts are divided into houses suited to their personalities. Our main character of course gets positioned “where dwell the brave at heart, their daring, nerve and chivalry set Gryffindor’s apart”. Even in holy books prophecy predicts the coming of someone who can save us, someone who is brave enough to sacrifice himself in order to cleanse the souls of the common man. This concept, of a person who can be this brave almost seems mythical.

Its very different attaining this attribute out in the real world, certainly if you’re not in a job that would allow you to be brave. The knight in shining armour idea doesn’t exactly fit with how things work out in the real world. There can never be one person who is absolutely perfect all the time. Bravery then, away from stories and ideals,  is closer to inspiration. Those working closest to the emergency services or in military positions are, quite rightly so, hailed as the bravest amongst us. Dealing with life and death situations on a daily basis. The rest of society looks on in admiration, feeling as though if they were in that situation they wouldn’t be able to fulfil their duties in such a way. 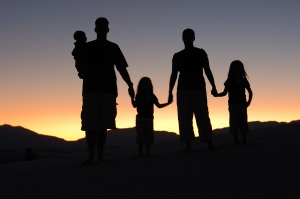 I, however, have come to the conclusion that we all have it in us to be brave, in different ways and under different situations. When forced in to an exceptional situation people can react in the most surprising and wonderfully courageous ways. I hope when the time comes for me to be brave, as it will for all of us, that I have the courage to do so. That I can look death or danger in the face and say, it’s ok. The bravest thing I’d noticed about the group of people I’d met with life threatening illnesses is that they weren’t concerned about themselves. These people had come together to talk about their experiences in order to raise money to help prevent what has happened to them happen to other people. Their main concern was the effect it was having on the people that they loved. This is often the driving factor in bravery to protect the people you care about most. Regardless who you are or where your from, the ability we as humans have to love each other will ensure that when the times comes we will always be able to be brave.