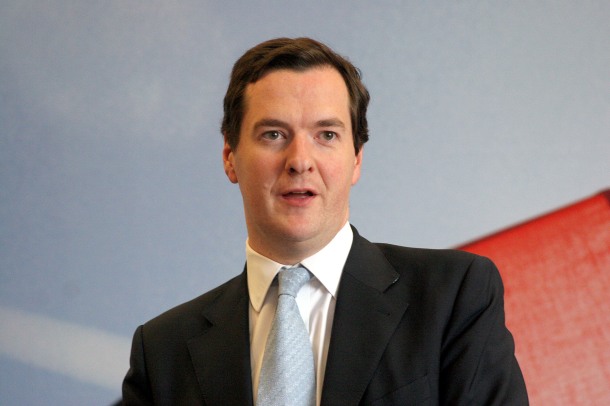 It’s taken me a while to digest George Osborne’s announcement in the Autumn Statement. The government decided to put the £15m tax raised from putting VAT on tampons and sanitary products towards funding women’s shelters and refuges. Groups like Sisters Uncut have been campaigning heavily and quite rightly for better funding in this area. This amount of money, going to this place, is undoubtedly a good thing.

But I’m left uneasy. The tampon tax, tied up in enormous amounts of EU red tape, was never going to be a quick win. It’s a battle fought for many years but one that large numbers of the general public have only recently got behind, 300,000 of us in fact. The announcement in the Commons was met by the Tory front bench with back slapping and broad grins but as Labour MP Jess Phillips reportedly shouted, “You’re not paying it, George, I am.” I cannot argue against the funding for these services as it is desperately needed. But this should have already been there. We as women, should not be bearing the burden of supplying the money for these services. We all should be. It feels like a bribe – it feels silencing – but because of the magnitude of the gesture, it makes me feel guilty even saying that.

Feeling frustrated and lost for words, I decided to make up a new one. Credrupt. Definition: to take the very thing that has given you a bad reputation and use it against itself. This, I think, sums the situation up. If you have lost your credibility in relation to a certain issue then you are morally bankrupt. Therefore credrupt. The public has lost faith in you in this area, meaning you need to offset your empathy deficit. The only way to do this is to make a gesture or donation to an area that is in no doubt need of help. The absurdity of the tampon tax makes it an extremely popular campaign. 50% of the country paying a tax on products that are essential for their everyday lives isn’t really something that can really be opposed in modern Britain. The government’s ability to ignore the situation until recently and their powerlessness to sway European law on this issue leaves their credibility in terms of women’s rights pretty low.

Mulling this over I began to realise this isn’t the first time I’ve felt this particular brand of frustration. Last year during the height of calls to end Page 3 The Sun pulled a similar stunt. They were under huge pressure to end page 3. In an attempt to rid themselves of their moral deficit they started the “Check ‘em Tuesday” campaign. Both the reach and value of this campaign is undeniable to campaigners like me.  The biggest selling newspaper in our country decided to devote front pages to spread awareness about breast cancer. I was left gob smacked. They launched the campaign with sexualised images of women whilst encouraging women to check for signs of the deadly disease. It was a credrupt gesture to try and disarm the equality campaigners calling for the end of misogynistic pictures in a daily newspaper.

When you start to look for these sorts of gestures you start to realise they are all around us. Take McDonald’s sponsoring the Olympics. The money they put into the games and into charitable sports organisations means that opposition feels powerless to challenge the extremely unhealthy and addictive food they sell. We all know McDonald’s is bad for us and that obesity is one of the greatest public health risks facing our world today but the corporation continues to force itself into our consciousness with aggressive advertising at events like the Olympics.

The reason that these credrupt gestures are so silencing is for three reasons: love, money and power. It is PR at a level that everyday people can’t even comprehend. Our love and concern for each other as a society will mean we will always be grateful if something or someone is being helped that needs it. The fear that you could harm something vulnerable by speaking up is the most powerful silencing tool that there will ever be. Money and power create a system of capitalism leaving us subservient. We cannot fathom 15 million pounds because it is much more than most of us will make in our whole lifetime. It seems impossible. The people who sit in Westminster have the power to make real tangible change in our lives. Like whether we have access to services that care for our families when sick or access to education and social mobility. Papers like The Sun, owned by huge corporations, have the power to put a megaphone onto any subject capturing the attention of our whole country.  It can change lives and their potential to do this for the better keeps us captivated.

In naming credrupt gestures I’m not interested in taking away from the good deeds that are done, even if myself or others see it as a bribe of sorts. But if you want to restore your moral deficit you must take an interest in morals, not just gestures. If you feel like you need to back a good cause or put some money into something to regain credibility please do that – brilliant, thank you – but then have a think about, and take action to fix, the wrongs that meant you lost your credibility in the first place.

One thought on “Tampon Tax and Osborne: So frustrated I had to come up with a new word”

Is there any way to write something here that isn't going to sound ridiculous?